Securing a lifeline for the people

Securing a lifeline for the people

Fresh water is not only essential for life, but key to agricultural production and food security. Crop production, livestock farming, and food processing all need clean water in sufficient quantities. According to the World Bank, about 70 percent of the total water withdrawn worldwide is used to irrigate crops. But the reality of the supply side does not correspond to these needs.  Although an astonishing 71 percent of the earth’s surface is covered with water, only 2.5 percent of that is fresh and one percent of that, accessible.

For a predominantly agricultural country like Thailand, therefore, a high premium has always been placed on fresh water.  More significantly, a lot of efforts have been invested in how to manage those resources to ensure that the people and the nation have the means to thrive.

It is little wonder therefore, why successive Thai monarchs have consistently expressed a keen interest on the issue.  In fact, they have been personally and heavily engaged in advancing different methods – given the varied circumstances – of securing this ‘lifeline’ for their people.

Prior to 1857, it was about managing people to suit the water conditions – either moving people away from or closer to water sources. The conclusion of the Bowring Treaty in 1855 led to demands for rice exports that required enough water for irrigation. Therefore, King Mongkut focused on developing canal systems in the Chao Phraya river delta for both irrigation and transportation.  King Chulalongkorn, or Rama V, followed suit by upgrading them into more systematic irrigation and drainage systems, which led to the establishment of the Canals Department in 1902.  Under King Vajiravudh, the Canals Department became the Barrages Department in 1914, as it expanded its work to construct the first large-scale barrage across the Pasak River in Ayutthaya, named the Rama VI Barrage. 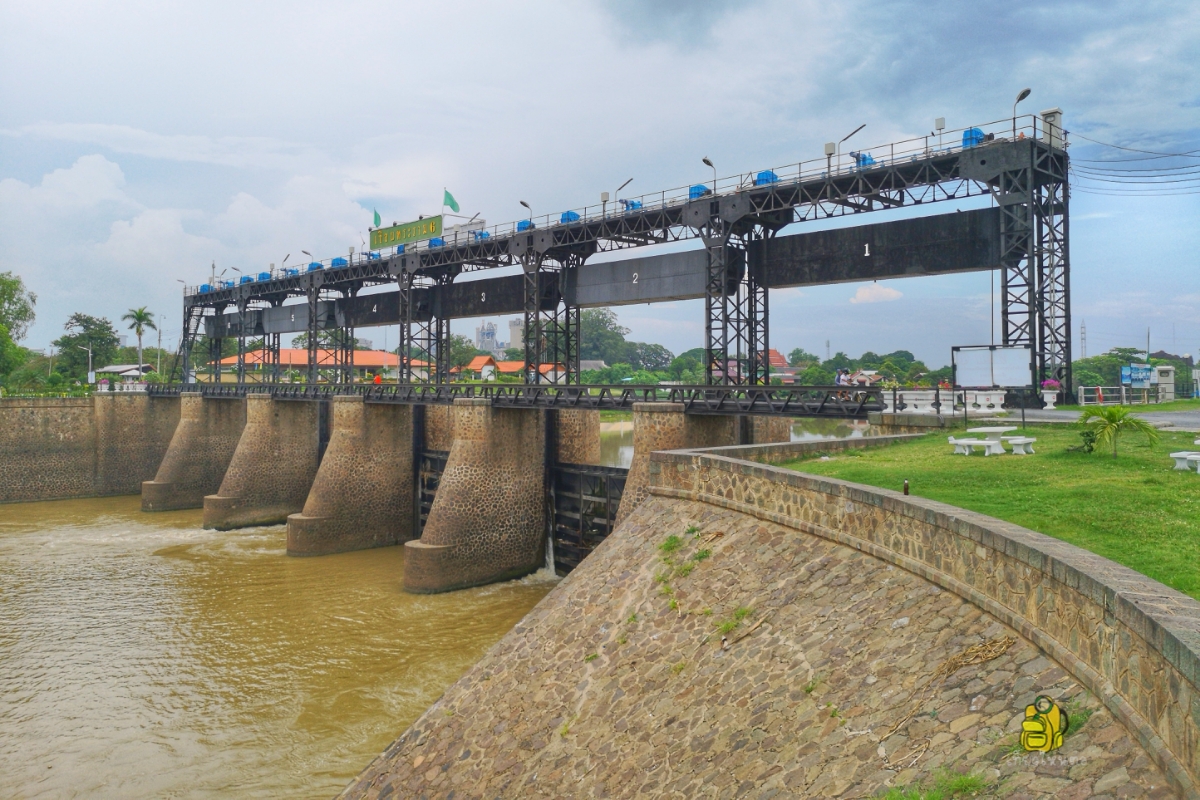 Photo: Rama VI Barrage/Dam, which began construction in late 1915 and was completed in December 1924.  Its function is to supply water to 680,000 Rai of agricultural land in every part of the Rangsit canal area.

Post 1932, when Thailand became a Constitutional Monarchy, work in all areas was pursued slightly differently as the King no longer had executive power over state administration. This did not necessarily mean that the people’s interests had suddenly changed overnight.  Moreover, the work of the monarchs prior to this change spoke for itself.  The Thai monarchs had built up a strong bond between the monarchy and the people and fostered a genuine trust in an institution that had for centuries, spared no effort to develop and advance the nation into the future.  So the monarchy was able to rally and retain full public support for their public interest endeavours, in a manner that was complementary to the government’s efforts, without being tied to party politics or factional interests.

Indeed, when King Bhumibol acceded to the throne in 1946, Thailand was already a leading rice exporter and rice farmers accounted for around 80 percent of the country’s 17 million people. But by that time, the impact of the perennial paradox of experiencing both drought and flood seasons had become more severe due to excessive and uncontrolled timber logging.  For farmers, dealing with dry and cracked land that was unsuitable for growing crops was just as painful as having crops almost ready for cultivation completely submerged under flood water.

When the King and Queen visited the Isan region in 1955, the Northeastern region of Thailand was plagued with drought.  Rainfall could only support one single annual rice crop. The King witnessed the problems experienced by the farmers firsthand and it inspired him to devote his attention and energy to achieving effective water resource management for Thai farmers everywhere. He would go on to instill water conservation and awareness in his children.

For the rest of his 70-year reign, the King engaged in countless projects related to water in different aspects. He spent almost 15 years developing a working formula for artificial rain to address drought and improve water resource management. He also invented the patented Chaipattana Aerator, a low-cost mechanical device for treating wastewater. 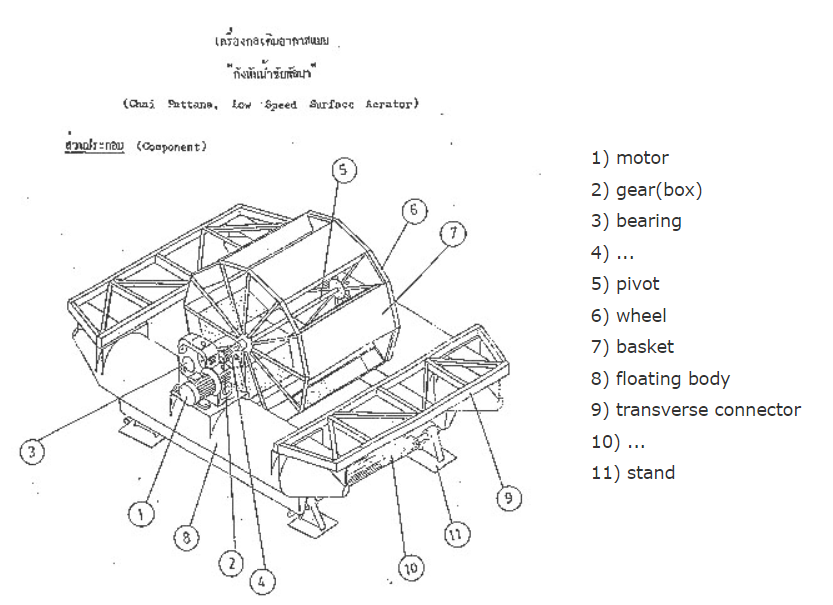 In the North, the King focused on preserving watershed areas and creating check dams, such as the Mae Kuang Udom Thara Dam in Chiang Mai. In the northeast, the work was concentrated more on setting up a water network system, such as the 740-meter long water delivery system that siphons water from Huai Pai Reservoir in Mukdahan to Lam Payang Reservoir in Kalasin. This project benefited 736 hectares of irrigable area, increased glutinous rice production from 270 kilogrammes per rai to 480 kilogrammes per rai and made year-round farming possible. In the south, projects such as the Bang Nara River Basin Development in Narathiwat effectively addressed the problem of drought, flood, saline, and acidic water. (Source: Tourism Authority of Thailand and Office of Royal Development Projects Board)

Having traveled throughout the country, no one understood better than the King that there was never one formula or one solution to address all needs. So he dedicated his time to studying each locality in depth in order to come up with a tailor-made solution for different regions, and placed local residents at the centre of his approach. He considered the social geography of the area, the culture, traditions and lifestyles of the local people.  Most importantly, the people had to be included in whatever solution was pursued in order to nurture a sense of ownership.  The King was convinced this was the only way to ensure the solution was sustainable and he passed on these lessons to his children.

Since he was Crown Prince, King Maha Vajiralongkorn learned about the importance of water resource management from his late father, and has continued to treasure, preserve and build on the Royal Development Projects initiated by King Bhumibol. He completed several of them, including the construction of 7 reservoirs around Pa Sak Jolasid Dam, as well as expanded the irrigation network to cover more agricultural areas. In Chanthaburi, the King alleviated water problems petitioned by the villagers with the Royally-Initiated Weir Construction Project at Khao Daeng Pattana Village, which increased water supply for 320 hectares of farm land. In 2017, the King also commissioned the Royal Guard Units, related government agencies and teams of volunteers to remove garbage and weeds clogging the canals in various communities, which was essential for flood water drainage in the Bangkok and Metropolitan area.

Princess Bajrakitiyabha, the King’s first born, has also taken an interest in complementing water management through her ‘Friends in Need (of “PA”) Volunteers Foundation’ – PA being her nickname. Through this foundation, she set up telemetering systems in 80 watershed areas in 11 provinces, using a comprehensive management approach involving the local community. The new telemetry collects data from real time sensors, processes the information, and provides warnings.  This timely warning enables reservoir operators to reduce water levels, people to reinforce their homes, and authorities to be prepared. The Foundation plans to install another 510 telemetering systems across Thailand. 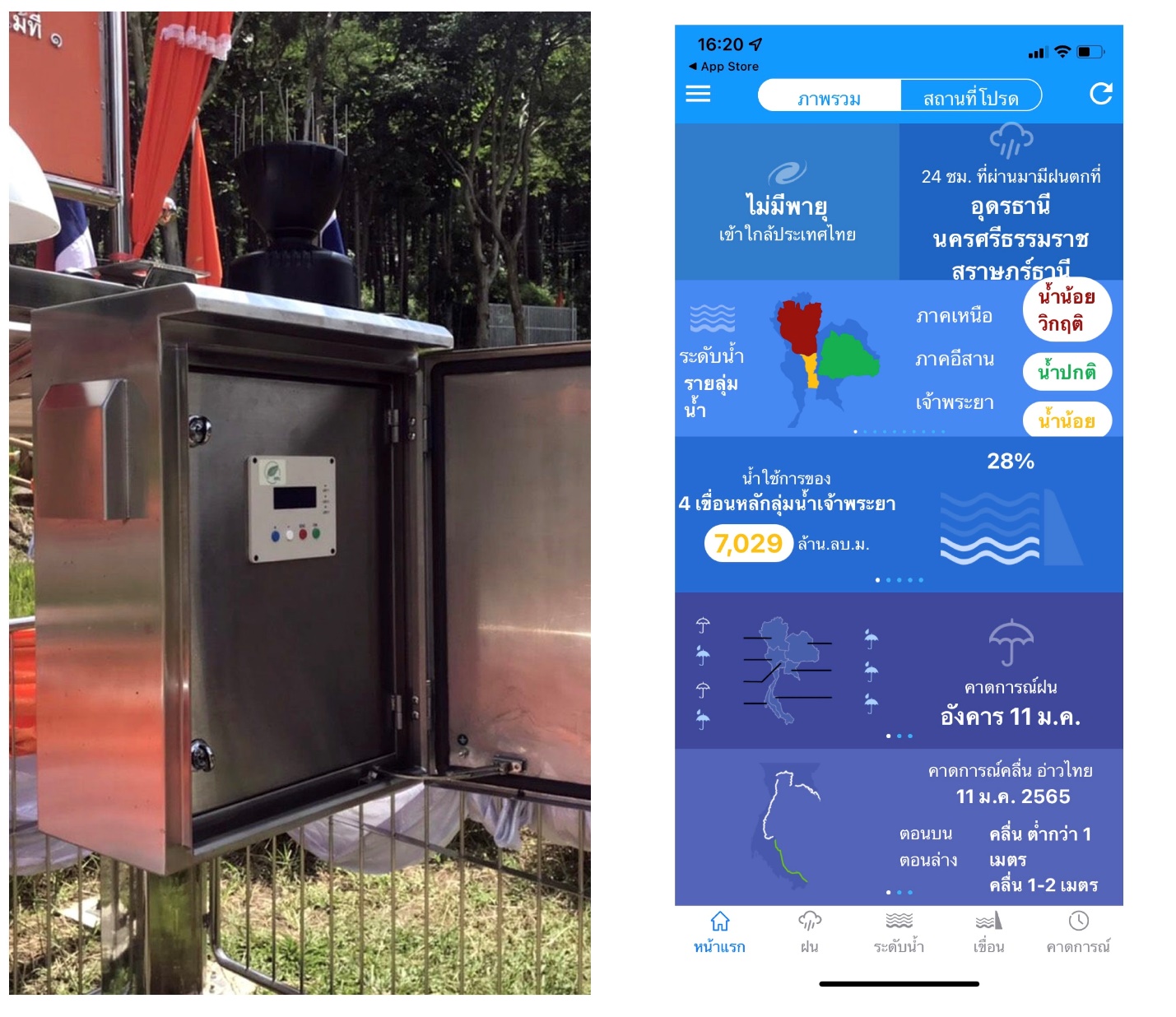 Photo: (from left to right) Automated Telemetry Station in Pongyeang sub-district, Mae Rim District, Chiang Mai Province and interface of ThaiWater mobile-application that has been integrated for general use.

To this day, the lifeline of the people continues to occupy an important place in the work of the Thai monarchy, as out of 4,877 Royal Development Projects, nearly 70% of them, or 3,386, are water resource development projects.

But the work is far from done.  According to the Global Climate Risk Index, Thailand ranks 9th in countries most affected by extreme weather events between 2000 – 2019. Furthermore, research conducted by Thammasat University found that the 6 provinces of Loei, Udon Thani, Sakon Nakorn, Nakhon Phanom, Roi Et and Ubon Ratchathani are at the risk of repeated severe floods, while Khon Kaen, Mukdahan, Chaiyaphum, Nakhon Ratchasima and Surin are prone to repeated drought. Thailand’s current efforts on preventing floods and drought will not be enough.  Every year, drought affects about 9.71 million people and 411,360 hectares of irrigable land, causing about 20.34 million USD of damage.  Floods, on the other hand, cause damage to 1.2 million hectares of farmland worth 167 million USD annually, with 4.5 million people in 63 provinces affected.

All sectors in Thailand have to work together and harder on sustainable and effective water resource management, and look into using new technology.  Indeed, the King has already commissioned further studies into utilising the full potential of the river basin.  Some agencies and academic institutions have already begun looking into how to use water for irrigation more efficiently.   Indeed, it is equally important to raise public awareness of the issue, so that every person living in Thailand may use water and water ways sensibly and sustainably, and help to nurture this lifeline for generations to come.

Dr. Sumet Tantivejkul is the Secretary-General of the Chaipattana Foundation, which was established by His Majesty King Bhumibol Adulyadej The Great with the vision to provide prompt, timely and necessary responses to problems affecting the Thai people through various development projects.  He is often seen in photographs of King Bhumibol as he served the King closely for 18 years at the Office of the Royal Development Projects from 1981 until 1999, when he resigned and continued to serve His Majesty as Secretary-General of the Chaipattana Foundation—where chaipattana means “Victory of Development.”  Dr. Sumet is also an adviser to the government’s water management committee and has advised the committee to follow His Majesty’s guidance in understanding both the geographical and social landscape of the country to best respond to the development needs of each locality. His Majesty King Bhumibol Adulyadej and the Thai Muslim community

2,035 View
อ่านต่อ
Honoring a Down to Earth King on World Soil Day